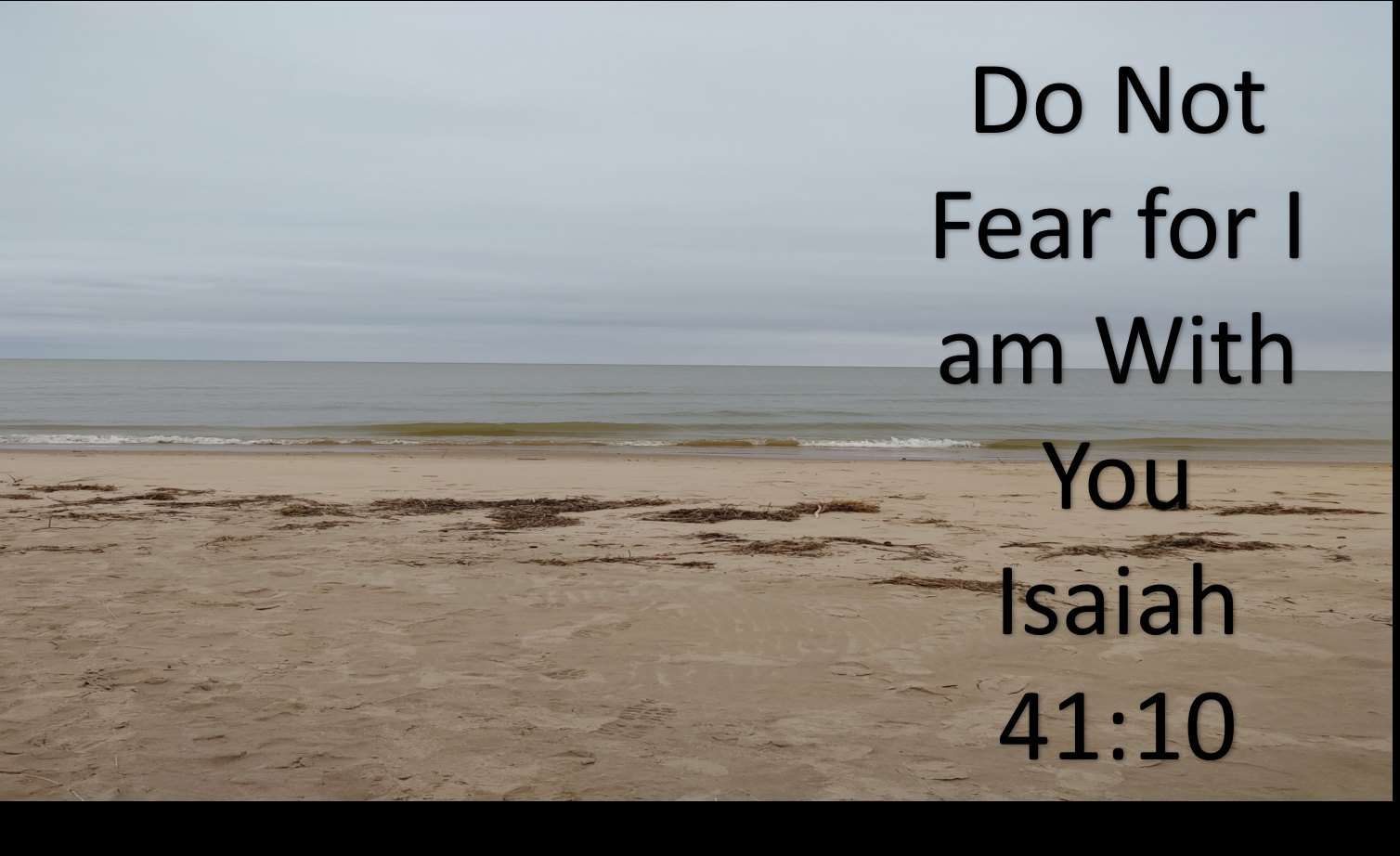 Fear is, “An unpleasant often strong emotion caused by anticipation or awareness of danger”, to be “anxious” “to be afraid” [i]

Have you ever been afraid of something? Fear can make us uncomfortable or cripple us. It can stop us from moving forward or it can make us do something that we normally would not do. Fear can lead us to the inability to Relax. Think of that time you heard a bump in the house in the middle of the night and you had a hard time going back to sleep after.

So, should we try to be Fearless? Well, if we never felt fear it would be hard for us to protect ourselves from threats that are real. “Fear is a vital response to physical and emotional danger” [ii]

In today’s world, we are faced with Covid-19 along with physical distancing and isolation from our normal life experiences. We may be fearful that we will contract this virus, pass it on to our loved ones, or even die. As we watch the news, we can see that this fear is not just here at home but around the world. We have the “Black Lives Matter” Movement due to the overwhelming deaths that occurred in 2020 of Black Men and Women that should not have happened. Also faced with the division of Country as we watched the Nations's Capital under attack.

Yes, we do have a lot of things to be fearful about. But should we let fear guide our Lives? Let’s take a look at how Abraham faced several fears in his life.

Genesis 12:10-20 10 Now there was a famine in the land, and Abram went down to Egypt to live there for a while because the famine was severe. 11 As he was about to enter Egypt, he said to his wife Sarai “I know what a beautiful woman you are. 12 When the Egyptians see you, they will say, ‘This is his wife.’ Then they will kill me but will let you live. 13 Say you are my sister so that I will be treated well for your sake and my life will be spared because of you.” 14 When Abram came to Egypt, the Egyptians saw that Sarai was a very beautiful woman. 15 and when Pharaoh’s officials saw her, they praised her to Pharaoh, and she was taken into his palace. 16 He treated Abram well for her sake, and Abram acquired sheep and cattle, male and female donkeys, male and female servants, and camels. 17 But the Lord inflicted serious diseases on Pharaoh and his household because of Abram’s wife Sarai. 18 So Pharaoh summoned Abram. “What have you done to Me?” he said. “Why didn’t you tell me she was your wife? 19 Why did you say, ‘She is my sister,’ so that I took her to be my wife? Now then here is your wife. Take her and go!” 20 Then Pharaoh gave orders about Abram to his men and they sent him on his way, with his wife and everything he had. [iii]

While Abraham was traveling in the land of Canaan a famine came to the land. The Britannica describes a famine as, “severe and prolonged hunger in a………region or country, resulting in widespread and acute malnutrition and death by starvation and disease.”[iv] Abraham was afraid for his family. So, what action did he take? He was on a journey directed by God. Did he consult God about what he should do? NO, he just left and headed for Egypt, hundreds of miles away from the land in which God had promised to bless him.

Then as they approached Egypt, he got into fear again. What was he afraid of? He was afraid that the Egyptians would kill him because he was married to Sarai and she was beautiful. So, he persuaded his beautiful wife to lie for him and tell the Egyptians that she was his sister.

Now, Abraham not only ran with fear he also had told a terrible lie.

Pharaoh indeed took Sarai to his home and intended to marry her. But sickness fell upon Pharaoh and his household. Had God not intervened Abraham would have lost all the promises that God had given him. So, Abraham, his wife, and all that he had brought with him into Egypt and all that the Pharaoh had given him were allowed to leave. God had not left Abraham and his family, even though he ran in fear away from God’s promised land, God was still with them when Abraham and Sari had chosen to lie. And God led them out of Egypt with more than they had when they arrived.

Why? Because God had a plan for their lives.

We may believe that we are on the right path in our lives. That we are living our dreams. But we can become discouraged and uncertain because things are not working out the way we imagined. Our own expectations or the expectations of others may make us fearful.

We, today sometimes, when put into difficult positions and become fearful convince ourselves that we have no choice but to do something that we would otherwise regard as wrong. But God also has a plan for our lives. He is with us, loving us and trying to guide us into the life He has planned for us.

Faith will give way to fear because it moves our focus from the fear onto God. At the beginning of Abraham’s journey, he had kept his eyes on God and believed that God was guiding him. But because of a circumstance that seemed to overwhelm Abraham, he forgot to trust and have faith in God.  When Faith gives way to fear, we make decisions based on human reason. This was what Abraham did he went to Egypt because he reasoned in his mind that there in Egypt was food and a way to survive. However, as reasonable as his plan seemed to be at the time, even a temporary journey away from God’s plan could have ended with a hugely different ending. When we give in to fear, we become willing to sacrifice our most precious possessions. Abraham was willing to give up his wife to keep his own life, even though God had promised Abraham that He would always be there to protect him.  This part of Abraham’s journey teaches us that God always will keep His promises and warns us not to let fear causes us to lose our trust in Him.[v]

This article is written by Blondie and it is based solely on her opinion.   She would encourage you to search scripture for the answer to your questions and use this article as a guide to find the Truth.